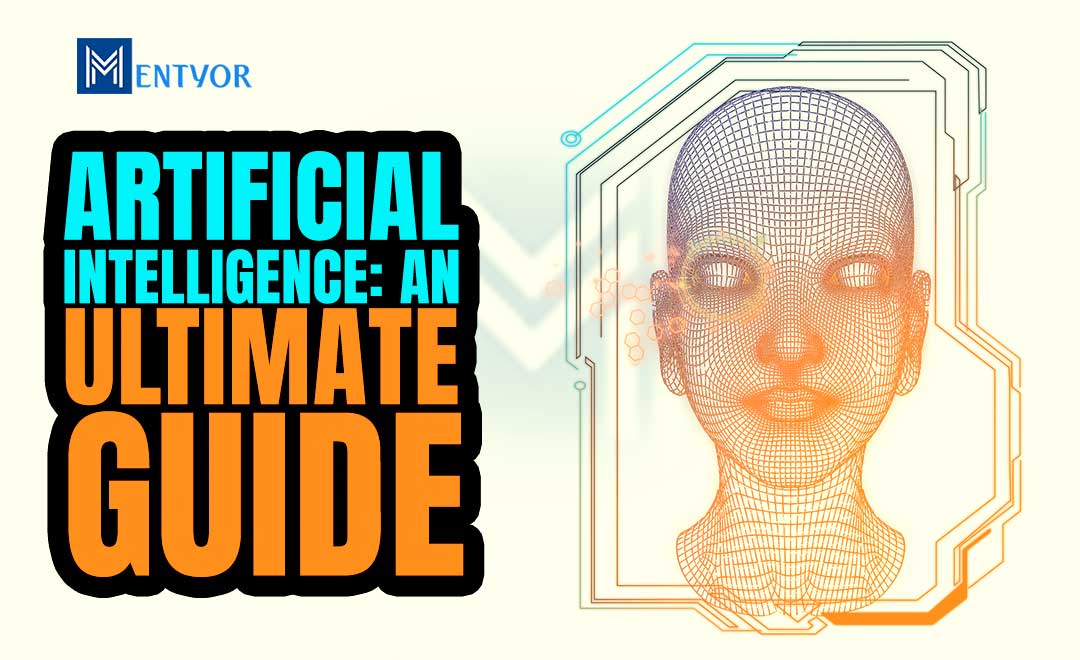 The domain of computer science that focuses on the creation of programmable, intelligent human-like machines is called AI. These artificial intelligence robots or assistants think and work in the same way that people do. As technology progresses, earlier AI criteria become obsolete. AI Companies are developing every day. Machines that calculate basic calculations or recognize text using optical character recognition, for example, are no longer called AI because these functions are now regarded as standard computer functions.

Deep learning is an AI function that mimics the human brain’s processing. This may deal with the kind of data to detect objects, recognize speech, translate languages, and make judgments. AI Deep learning can learn without the need for human intervention, using both organised and unlabeled data.

The primary goal of AI is to enable computers to perform cognitive activities. These may be activities like decision making, problem solving, perception, interpreting human speech (in any language), and so on. AI is also known as predictive programming, machine intelligence, or the emulation of cognitive behaviour. The blind test proposed by Alan Turing in the 1930s proves that the objective is met: if an observer who cannot see the actors (computer and human) cannot discern the difference between them, the objective is met.

Game playing, problem solving using analogical tasks fall under the artificial intelligence definition. There are various AI Applications apart from these. Mostly AI Companies are responsible for these. Artificial intelligence meaning also pertains to decision making, making the task of humans easier and calculating large sums. AI Deep learning can help in solving sums, or give scientific results which are vast in number and beyond human capabilities.

Turing disregarded the conventional discussion over the definition of intelligence in 1950. Instead, he developed the Turing test which is a practical measure for computer intelligence. Artificial intelligence robots need to go through this test to check their viability or credibility.

Three people take part in the Turing test: a computer, a human interrogator, and a human foil. The interrogator tries to figure out which of the two participants is the computer by asking them questions. There, they do all communication through the use of a keyboard and a display screen.

The interrogator is free to ask as many probing and broad-ranging questions as he or she wants, and the computer is free to do whatever it can to force a false identification. (For example, if asked, “Are you a computer?” the computer might respond, “No,”. And a request to multiply one enormous number by another might be met with a long pause and an inaccurate answer.)

The foil must assist the interrogator in correctly identifying the subject. A variety of persons perform the roles of interrogator and foil. And if a significant number of interrogators are unable to identify the computer from a human being, we call the computer intelligent, thinking creature, according to proponents of Turing’s test.

We will discuss in detail about the difference between Machine Learning and Artificial Intelligence later in this blog.

WHAT IS AI TECHNOLOGY OR ARTIFICIAL INTELLIGENCE TECHNOLOGY?

AI Technology is very much based on AI robots. Scientists and programmers teach these robots to think and act like humans. With the help of a few mathematical equations and computer programs, we can create AI Technology. AI Technology can be of two types. They are as follows:

In the next few paragraphs, we have included a detailed discussion about these.

Artificial Narrow Intelligence or ANI is the most common type of AI on the market right now. These types of Artificial Intelligence systems are intended to address a specific problem. They are capable of performing a single task exceptionally effectively. They have limited capabilities by definition, such as recommending a product to an e-commerce consumer or predicting the weather. This is the only one among the types of artificial intelligence currently available.

Artificial General Intelligence is tied to the Theory of Mind in terms of functioning. This in particular, among the other types of Artificial intelligence, is still in development. Researchers are working on ways to merge human emotions and other talents into machines so that they can behave like humans. The goal is to develop computers that can connect to multiple domains on their own.

A system of Artificial Super Intelligence (ASI) would be able to outperform humans in every way. This would involve things like generating better art and developing emotional relationships, as well as decision-making and rational decision-making. When we achieve Artificial General Intelligence, AI systems will be able to rapidly develop their skills. They will expand into realms we could never have imagined before this.

Machine learning (ML) teaches a computer how to make inferences and conclusions based on previous experience. It recognises patterns, analyses previous data. Then it infers the meaning of these data points without relying on human experience to draw a decision. This automation of reaching conclusions by analysing data saves firms time and allows them to make better decisions.

AI is all about performing human intelligence jobs more quickly and with fewer errors. The difference between machine learning and AI is that machine learning is only a branch. It is a subfield of artificial intelligence meaning that improves the accuracy of software programmes. It helps to anticipate outcomes without requiring them to be particularly developed.

HOW DOES AI WORK?

AI systems, in general, work by consuming huge volumes of labelled training data. The AI systems then analyse the data for correlations and patterns and then use these patterns to forecast future states. By examining millions of examples, a chatbot feeds examples of text chats may learn to make lifelike exchanges with people. Or, an image recognition programme can learn to recognise and describe items in photographs. Although it seems a lot like machine learning, we must keep in mind it is only a subset of artificial intelligence.

Learning, reasoning, and self-correction are the three cognitive processes that AI programming focuses on.

Processes of learning in AI Systems – This element of AI programming is concerned with gathering data and formulating rules for turning it into useful information. Algorithms are rules that give computing equipment step-by-step instructions for completing a certain task.

Processes of reasoning in AI Systems – This element of AI programming is concerned with selecting the best algorithm to achieve a given result.

Processes of self-correction. This element of AI programming aims to fine-tune algorithms on a regular basis to guarantee that they produce the most accurate results feasible.

AI System has developed over time due to advancements in AI Deep learning of programming languages. We will learn about AI Companies and AI Applications in a while. But first, let us understand artificial intelligence definition. Artificial intelligence is frequently utilised to present individuals with customised recommendations. These results are based on their prior searches and purchases, as well as other online activities. In business, AI applications play a critical role in product optimization, inventory planning, and logistics, among other things.

Newell, Simon, and Shaw developed their Information Processing Language (IPL). This is a computer language suited for AI programming while working on the Logic Theorist and GPS. This later paved the way for AI Deep Learning. IPL or Information Processing Language was built on a list, which was a highly flexible data structure. A list is just an ordered collection of data objects. It is possible that some or all of the items in a list are also lists. This technique produces structures with a lot of branching.

We have understood Artificial intelligence meaning. We have also talked about AI robots. Now let us talk about the AI Companies that manufacture them. As an example, we can discuss IBM first. The IBM Cloud is a service provided by IBM. Since the 1950s, IBM has been a pioneer in the field of AI technology. What does it focus on? It focuses on IBM Watson, an AI-based cognitive service, AI software as a service (SaaS). It also concentrates on scale-out platforms designed to deliver cloud-based analytics and various AI system services.

Some of the topmost AI Companies in the world right now are listed below.

You can read our blog on “Microsoft Marketing Strategy” for better understanding on the Usefulness of AI for various MNCs.

AI has a plethora of uses. The technology can be used in a variety of businesses and areas. In the healthcare industry, AI is being tested and used for dosing pharmaceuticals and various treatments in patients. As well as AI Applications are vast in surgical operations in the operating room. Other AI Applications include playing chess or self driving cars. The computer system in self-driving cars must account for all external data. After that, this kind of Artificial Intelligence Robot must compute it in order to behave in a way that avoids a collision. Thanks to many AI Companies nowadays, artificial intelligence examples are all around us.

Artificial intelligence meaning is not just contained within these. We also utilise it in the financial industry to detect and highlight suspicious behaviour in banking and finance. These may be activities such as irregular debit card usage and significant account deposits. There are AI systems that assist a bank’s fraud department. AI applications are also utilised to assist expedite and simplify trade. We accomplish this by making it easier to estimate supply, demand, and the price of securities.

While technology has progressed a lot since the dawn of civilization, AI still remains a wonder. It is something that has not only reduced manual labour but has taught us to automate things. AI has the potential to make our cities more habitable in every aspect by making them less congested, less dirty, and less congested. Again, AI has the potential to have a considerably greater and better impact on the globe than the arrival of electricity. All the credit goes to scientists, mathematicians and AI companies. We can also do those them faster, smarter with the help of AI robots. Alexa, Siri are at our fingertips. Let us end this blog with a quote from Klaus Schwab which says: