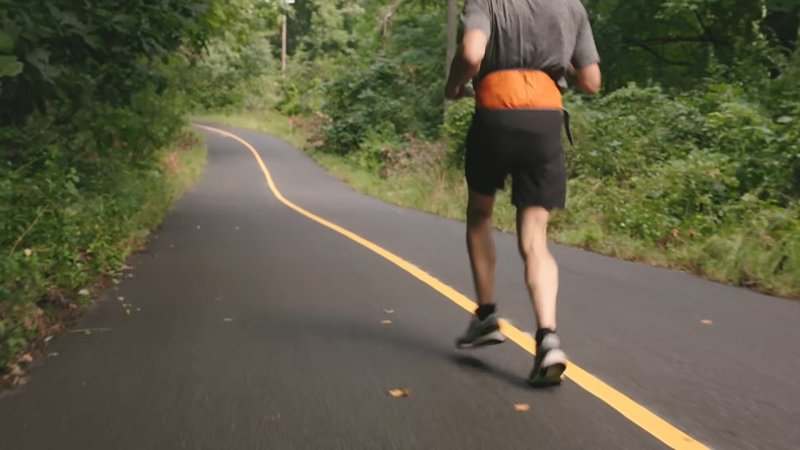 Technology is a boon for humankind. It always helps us move forward with time as it creates a window of opportunities for things that seem impossible. Technology supports the advancement of society- be it information, communication, agriculture, or transportation, etc. All these sectors benefit from innovation as it makes the tiresome work easy. Also, such technological advances help us give back to society. Big tech giants (Google, Apple, Microsoft, and so on) work toward initiatives to make the future better. One such ambitious project by Google aims to give freedom to the visually-impaired by helping them run! So, lets talk about Google AI Based System Helps Blind People Run.

Project Guideline, an early-stage project, aims to aid people with visual impairment run without any guide dog or human assistance. The project is in collaboration with Thomas A. Panek, President & CEO, Guiding Eyes for the Blind, which is a non-profit organization. The organization works in assisting the blind with guide dogs and looks forth to ways that can improve the lifestyle of the visually impaired.

Keep your eyes hooked on this blog to know more about the latest technology that benefits the blind.

1. The Story behind Google’s Project Guideline

Thomas loved feeling free, just like any other kid of the age of 8, and sought the same through running. But he felt his freedom going away after getting diagnosed with a genetic condition that resulted in the loss of vision. Even though his disability never got him to give up on his dreams, Panek felt restricted as he had to rely on the help of guide dogs and human assistance for running.

Panek’s motive was not only for himself but also for his organization Guiding Eyes for the Blind, which tirelessly helps people with vision loss receive running guide dogs. However, there was limited availability of guide dogs in comparison to people with vision loss. He wanted a solution that needed minimal requirements to assist everyone with vision disability more independently and freely. Thomas put this query up on the Google Hackathon, September 2019, which was shaped into Project Guideline as we know it today.

AI is an impressive technology we have in our hands. AI or Artificial Intelligence combines large amounts of data, processes algorithms, which let them learn patterns & behaviors. After that, the machine responds accordingly.

Project Guideline works on the AI-based learning system that runs on a simple smartphone and a bone-conduction headphone. The demo, developed on the first day itself, allowed the phone to identify a line taped to the ground and guided the user via audio signals. Making a machine learn visual observation skills of the eye is a challenge. The entire process requires large amounts of data as several factors affect visibility like the light, shadow, leaves on tracks, and so on. The combination and learning of such factors/elements contributed to credible software development.

The system will beep to alert the user about their position on the racing track through a bone-conduction headphone. The beeper will sound louder as the user goes away from the guides and gets lower when the user gets back to the guiding point/guideline. Read about Google AI Based System Helps Blind People Run.

The best part about Google’s Project Guideline is that it runs without the internet!

This technology comes as positive news for visually-impaired athletes who are keen on continuing their running without relying on a guide running dog or human assistance. Moreover, this will also help non-athletes that are visually-impaired to benefit from the innovation.

The research successfully captures the essence of freedom for the visually-impaired. Panek, under the surveillance of the Google team, was able to run freely in an indoor oval stadium. The further development and modifications of technology to identify changing weather and lighting conditions led him to run outdoors and cover eight laps for the first time.

As mentioned above, Project Guideline not only benefits the athletes that have low vision or blind but also non-athletes. Any person with a disability feels restricted when they rely on a helping hand. They do not want the adversities of life to slow them down or make them feel any less or equal.

People with vision-loss who feel like they cannot step out of their houses because of their fears or uncertainties will benefit immensely from this technology!

Read more about Importance of AI: What Is The Importance Of Artificial Intelligence?

Moreover, the scope of this technology is not limited to just running. If programmed accordingly, Project Guideline can come as a promising solution for daily life as well! Imagine the technology advancing to such an extent that it can help the blind walk roads without canes, do grocery shopping, or even incorporate audio to direct the messages towards people. The potential of this technology is endless!

Since the project is in its early developmental stage, the company looks forward to people or organizations willing to participate in the experiment.

Technology is not stagnant but an ongoing process that keeps on growing and changing the lives of people for the better!

Project Guideline is an evident example of how technology can change lives with consistent dedication and hard work. This project reflects the ambitions carried by the blind people, for the blind people. As mentioned before,  this software runs on the phone and without an internet connection. The project is still underway as this technology supports only two locations and requires the presence of other people for safe operation.

This research is just the stepping stone for opening windows of possibilities that lie ahead. Also, Google and Guiding Eyes for the Blind is excited to face any technical challenges that await them in the future. So, people who wish to be a part of this change can get in touch with them and help them in their experiments.

you can visit the blog:  blog.google.com  and even visit: goo.gle/ProjectGuideline to know more about the initiative.