Backward in time through a treatment 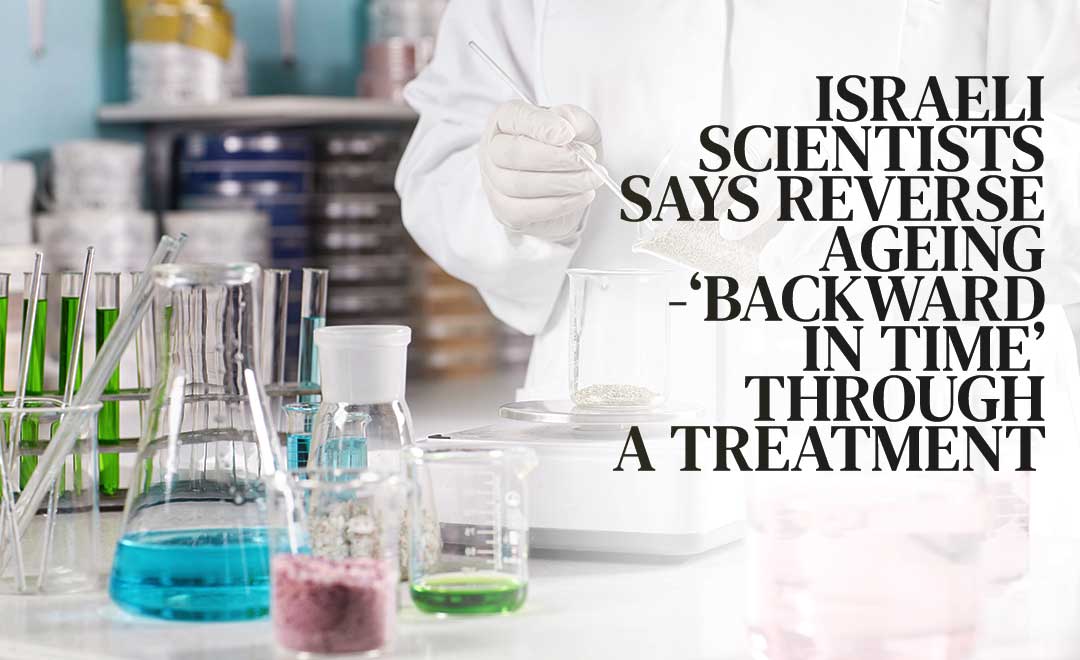 Did you ever think of remaining young throughout your life? Or, going backward in time? If yes, then your thought has probably come to reality. To your surprise, it was found out in the research that, Humans can not only stop their age. But they can even reverse it to look as young as 25 years old. What is even more astonishing is that it was made possible, only with the help of Oxygen. Yes, you heard it right. In collaborative research, conducted by a group of scientists, from Tel Aviv University and Shamir Medical Centre, were able to discover hyperbaric oxygen treatments (HBOT) in healthy aging adults can help stop ageing.  Lets read about Backward in time through a treatment.

The study was conducted on 35 elderly people, all aging above 64 and without any serious health issues. When kept in a pressurized chamber filled with pure oxygen for 5 days, 90 minutes a week over three months, the results were startling. It was observed that their skin and muscles looked like that of a person half of their age. The study published in Ageing magazine on November 18, has left boffins around the world taken aback, and made them ponder, is it even possible to go backward in time?

‘Holy grail’ or a Pandora’s box?

Calling it a ‘Holy grail’, Shai Efrati, a faculty at Tel Aviv University who also runs The Aviv Clinics in Florida, told The Times of Israel that, they even tried to decrease the aging by the method of physical exercise and diet change, yet, it did not yield any positive result in declining age. However, when the hyperbaric oxygen method was applied, the results were positive and startling. Israeli Scientist Efrati was also quoted as saying, “We’re showing that we can take the biological clock backward and improve the quality of blood cells. It means we can say that aging is a reversible disease.”

Further backing the study, his fellow partner at the Shamir Medical Center, Chief Medical Research Officer Amir Hadanny reiterated that in their study, only three months of hyperbaric oxygen treatments were able to extend telomeres at rates way beyond any existing available interventions or lifestyle modifications. Its quite amazing how we can go Backward in time through a treatment.

Contrary to this, several other researchers have expressed their serious concern and called it a Pandora’s box that may eventually lead to several health issues. Maaravi, chief physician at Hadassah Medical Center’s geriatric rehabilitation department, and head of home rehabilitation in Jerusalem for the Clalit health fund had said to Times of Israeli that “It is it taken in consideration that oxygen therapy is lengthening telomeres, it could later come out as a development that can have an adverse effect, as very little is still known about them so far”. He further added by saying “Cancer cells are lengthened telomeres is too. These cells have an enzyme that can elongate them, and we have to be very cautious while altering nature.”

What causes aging? – Backward in time through a treatment

There is no one reason behind a person’s ageing, it happens due to multiple factors. However, telomeres and dead cells are the two biggest components that are supposed to contribute to one’s ageing. Telomeres are the protective region of repetitive nucleotides at the end of every chromosome, shortening of it causes skin ageing. Whereas, the old dead cells keep accumulating in the body from time to time, which are also one of the major reasons causing skin ageing. Keeping this as a base of the study, the Israeli scientists were able to stop the length of telomeres. And in addition to decreasing the number of inactive cells with the help of hyperbaric oxygen treatment.

Regardless of the relationship between the telomeres and skin. This would be partially true if we say that telomeres are the only cause of ageing. You may often find the metal like aglet attached at the end your shoelace; Telomeres are somewhat similar to it. They are the repeating chunks of code that act as the DNA. When a cell gets divided, these telomeres tend to copy themselves together with the rest of the chromosomes.

Even after each replication, the tiny fragments of code fail to make it into a new copy from the very top of that particular sequence. As a result, it leaves the newly built chromosomes a little shorter than before. Just the way, a shoelace does not last long if it loses its plastic /metal cap. In a similar fashion, the shorter telomeres put the further sequence down and the chromosomes tend to damage. It is due to these damages coupled with changes that make us prone to age-related ailments, one of them being cancer.

Has it been done in the past? – Backward in time through a treatment

The desire to look younger is not something new. It may sound weird, but some historical events in the past have shown people’s interest in looking young. Quite impressive way to move Backward in time through a treatment.

Thousands of years ago, the famous queen of Egypt, Cleopatra used to use donkey milk to remain young and fit. During that same period, the women in Greece used to apply special oil and honey to prevent their ageing.

In the 7th century, Wu Zetian, a Chinese queen, used a medicine produced from a special plant called Mother wort to keep her skin young.

An experiment of similar nature was conducted in New Zealand on approximately 9400 people, which continued for several decades. People with various age groups were selected. However, the results were partially similar, as the age and the physical health were running parallel to each other. But, some of them were 28, their skin looked like that of 60 years old.

Although the study has created a buzz around the world, it would be interesting to see what result it gives when implemented on a larger population. Is it going to be accepted universally or just fade out like a child having no father?

More Interesting Topics for you to Read:

8 Replies to “Backward in time through a treatment”