UN – WHERE NATIONS COME TOGETHER 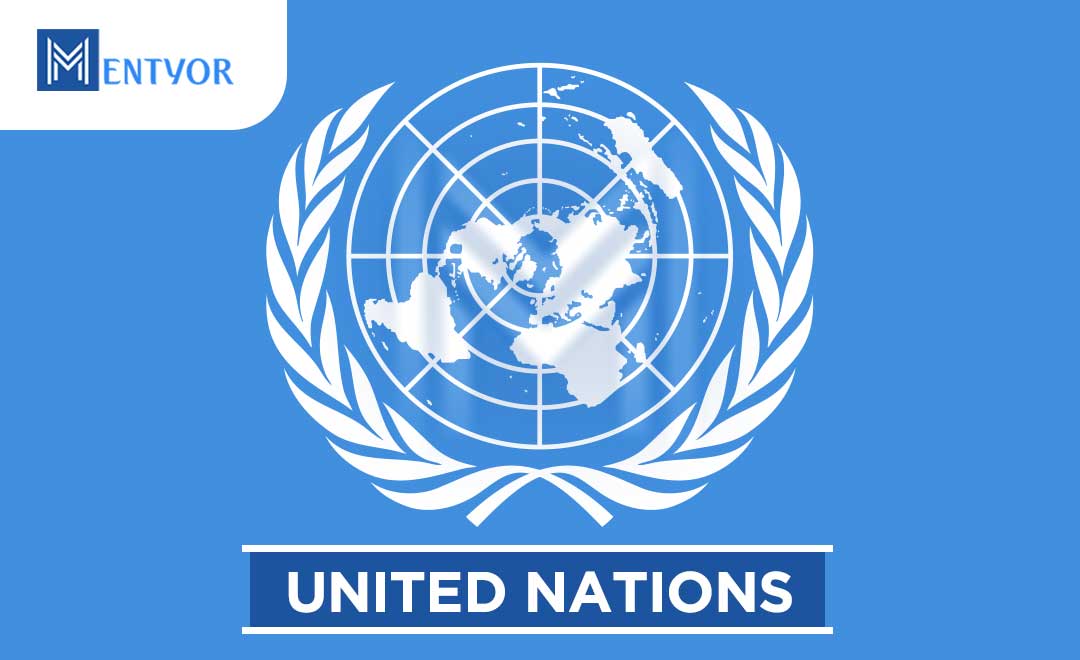 In this blog, we will discuss in detail the unique global organization UN, the six principal UN bodies, and their specific UN functions.

The UN is the common seat of all world nations to collaborate, discuss issues, find unified solutions and strategies for the benefit of mankind.

The United Nations has evolved to keep pace with a rapidly changing world. As a result, it has become the world’s only truly universal global organization. Therefore, today the United Nations is the foremost forum to address issues that rise above national boundaries. These problems cannot be resolved by any single country. As a result, UN mediates at all stages of these arose issues. We will discuss in detail the UN Bodies and their UN Functions.

The Chief Administration officer of the United Nations is the Secretary-General. This role demands to be an advocate of all the world’s peoples, especially the poor and vulnerable. António Guterres of Portugal holds the position of UN Secretary-General now and is serving his first term. He is the 9th occupant of the post and he took office on 1 January 2017.

UN was established in the year 1945. The headquarters of UN is in New York, USA. UN presently has 193 member nations. Antonio Guterres of Portugal is the current Secretary General of UN.

The UN has six main bodies or organs whose decisions are put into action depending on the will of the Member states. The bodies of the United Nations rely on the Member States’ contributions to perform their activities.

The General Assembly, the Security Council, the Economic and Social Council, the Trusteeship Council, and the UN Secretariat are the UN bodies based at New York, the United Nations headquarters. The sixth UN body is the International Court of Justice located at The Hague in the Netherlands. All UN bodies were established by Article 7 of the United Nations Charter when the Organization was founded in 1945.

These UN bodies fulfill different pivotal functions ensuring world peace and security. Their functions are clearly portrayed in the Charter of the United Nations and the Statute of the International Court of Justice.

There are six organs of the United Nations. Namely the General Assembly, Security Council, Economic and Social Council, Trusteeship Council, International Court of Justice and the UN Secretariat. The headquarters of International Court of Justice is in Hague ( The Netherlands). Apart from ICJ, rest other organs of the United Nations is based in New York, USA.

UNGA is in charge of budgetary matters, admission, and expelling of members. The non-permanent members of the Security Council and the members of the Economic and Social Council are elected by this United Nations body.

Every year, the General Assembly elects the President for a one-year term. Volkan Bozkir, a Turkish politician and diplomat, is the current president.

India’s Vijaya Lakshmi Pandit, the sister of Prime Minister Jawaharlal Nehru, served as the first woman president of the UNGA. It was only a few years after India won independence.

• The budget of the United Nations is approved by General Assembly.

• Another function of General Assembly is appointing the Secretary-General on recommendations of the Security Council.

• To make recommendations for the peaceful settlement of issues that might impair the relation among nations.

• Coordination of international peace and security

• Discuss questions affecting the powers and functions of any UN bodies.

• Review and validate reports from all the United Nations bodies

• Inculcate the need for human rights and fundamental freedom.

The General Assembly is the primary organ of the United Nations. The annual General Assembly session takes place in September in the General Assembly Hall in New York. Volkan Bozkir, a Turkish politician and diplomat, is the current president. India’s Vijaya Lakshmi Pandit, the sister of Prime Minister Jawaharlal Nehru, served as the first woman president of the UNGA.

The UNSC has foremost responsibility for the maintenance of international peace and security. As a result, this United Nations body ascertains and recommends action plans, if there is any threat to peace or any act of aggression.

The presidency of the Security Council rotates alphabetically each month in the order of the Member States’ names. All member states are committed to complying with council decisions.

It has 15 members, 5 permanent members with veto power, and 10 non-permanent members. Each member has one vote. The members are elected by the UNGA for 2-year terms. Among which five-member states per year are voted in by the UNGA on a regional basis.

The permanent members have veto power. The members are China, France, Russian Federation, The UK and Northern Ireland, and the USA.

The functions and powers of the Security Council are as follows

• Promoting international peace and security in compliance with the principles of the United Nations.

• Recommend methods of managing such disputes and settlement terms

• Develop plans for the establishment of a system to regulate armaments

• Take military action against an aggressor

• Recommend the admission of new Members

• Work together with the UNGA for the appointment of the Secretary-General and elect the Judges of the International Court of Justice.

ECOSOC is the primary United Nations body to coordinate, review policies, and policy dialogue. Therefore, ECOSOC advice on economic, social, and environmental issues. This body is the platform of the United Nations that promotes innovative thinking on sustainable development. Thus, ECOSOC plays a vital role in the implementation of internationally agreed development goals. It serves as the central mechanism for facilitating coordination between specialized agencies of the United Nations. This body supervises subsidiaries and expert decision-making bodies.

The General Assembly elects 54 members for overlapping three-year terms. Munir Akram (Pakistan) is the current President of the ECOSOC. He is the 76th President of ECOSOC.

ECOSOC is the primary United Nations body to coordinate, review policies, and policy dialogue. Therefore, ECOSOC advice on economic, social, and environmental issues. Munir Akram of Pakistan is the current President of the ECOSOC. He is the 76th President of ECOSOC.

In 1945, under Chapter XIII; the UN Charter established the Trusteeship Council. The council provides international supervision for 11 Trust Territories. These territories are placed under the administration of seven Member States.

In 1945, under Chapter XIII; the United Nations Charter established the Trusteeship Council.

The ICJ is the predominant judicial United Nations body of the United Nations. The headquarters of ICJ is in Hague, the Netherlands. It comprises of fifteen judges who serve nine-year terms.

The ICJ’s judgments are the primary sources of international law. Therefore, ICJ is the only international court that can adjudicate international disputes. However, the ICJ can only hear cases with the consent of both parties involved in the dispute.

In accordance with International law, settlement of legal disputes submitted by the states is the primary role of ICJ. In addition, ICJ gives advisory opinions on legal questions put forward by authorized UN bodies and specialized agencies. Joan Donoghue is the current president of International Court of Justice

The ICJ is the predominant judicial body of the United Nations. The headquarters of ICJ is in Hague, the Netherlands. The ICJ’s judgments are the primary sources of international law. It comprises of fifteen judges who serve nine-year terms. Joan Donoghue is the current president of International Court of Justice.

The Chief Administrative Officer is the Secretary-General, appointed by the General Assembly for a five-year, renewable term. The symbol of organization ideals is the Secretary general of United Nations.

Secretary General of the United Nations heads the UN Secretary Office. The recruitment for UN is followed globally. They work in duty stations all around the world.

The General Assembly and the other UN bodies assign daily tasks to the Secretariat.

In a violent world, serving the cause of peace is a dangerous occupation. As a result, hundreds of brave men and women have given their life while in service.

Beyond the six UN bodies, the United Nations system has specialized agencies and programmes. The names of these agencies seem like an endless array of acronyms: ILO, ECA, ECE, and many more.

They are autonomous organizations that are part of the United Nations. Therefore, they have their own area of work leadership and budget.

Specialized agencies have their own Charters. The states must agree to in order to become members. The membership in these agencies is independent of the United Nations Membership process.

The agencies have an independent head who directs and monitor their activities. They also have a governing board elected by and from the general membership.

This mainly focuses on a specific area of work. The steering committee of United Nations Member States directs the team to complete specific on-the-ground projects. They are staffed by the UN Secretariat. The programmes are funded through voluntary contributions from the Member States.

Unlike any other organization, the UN continues to strive for the Peace, Security, Rights and Development of mankind. United Nations work to protect the world from any sort of crisis like war, pandemic etc. At the same time, they work to establish democracy in member states and help in prevailing the law of the land. They work towards protecting human rights, establishing moral code of conduct in the world. In this blog, we have discussed about UN, the UN Bodies and the UN Functions.

UN continues to conduct awareness programmes and campaigns to tackle the threats and pain humanity face in the world. UN as an organization has inspired many people to serve one another unconditionally and will continue to.

One Reply to “UN – WHERE NATIONS COME TOGETHER”