TULSA MASSACRE: THE DOWNFALL OF THE BLACK WALL STREET 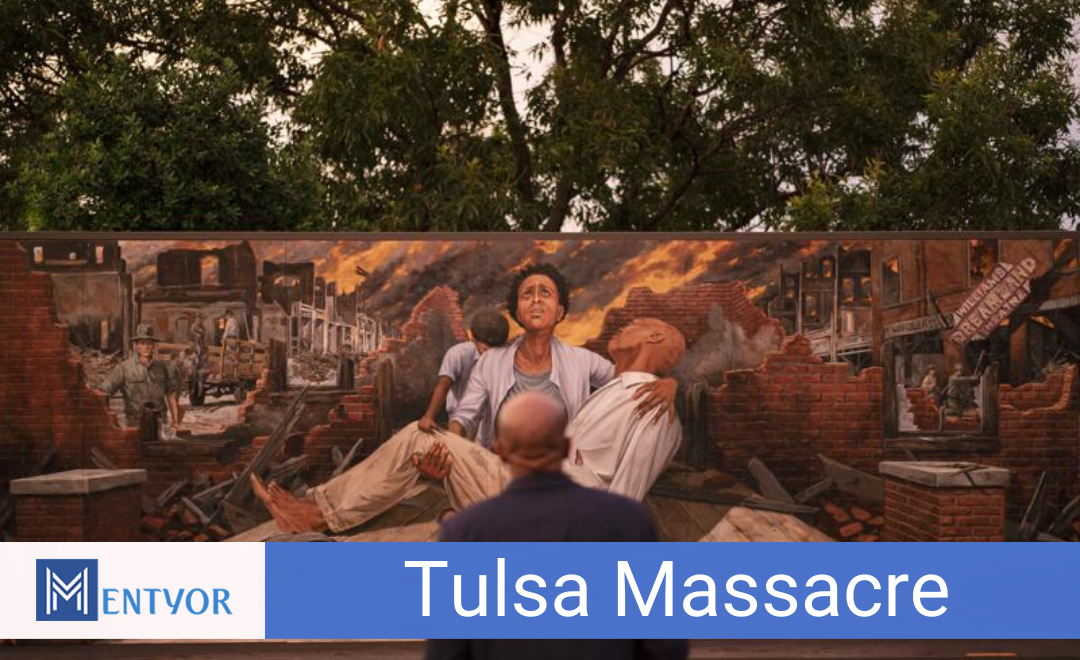 The Tulsa Massacre 1921 was the most horrific and gut-wrenching event in the history of America. Greenwood, Tulsa was home to a large amount of black population. Big businesses were set up here and the place was thus, called black wall street. Post the first World War the affluent American-African community had successful businesses and residential areas. The Tulsa Race Massacre incidents had an unjust cause and the repercussions were simply cruel. Here on the 100th anniversary of the Tulsa Massacre 1921, we mention the cause, effect, and the new documentaries which explain the Tulsa Race Massacre.

On the 30th of May 1921, a young black man; Dick Rowland along with a white woman; Sarah Page of nearly his age was seen in the elevator of the Drexel Building. This news spread like wildfire across the city and especially amongst the white masses. The incident of a black man boarding an elevator with a white woman was exaggerated more and more as it circulated all over. People made assumptions and this unjustly and wrongfully ignited the fire within the white populace.

The next day, Tulsa Police arrested Dick Rowland. There were mobs of white and black populations harming one another outside the court. This marked the beginning of the horrific Tulsa Race Massacre. It is unfair to blame Sarah Page and Dick Rowland for the Tulsa Massacre1921, it is but fair to blame the ideals of white supremacy, jealousy, and land lust for the violence that followed.

The Tulsa massacre in 1921 began on 1st June 1921. Several shots were fired and the Greenwood was in a state of complete chaos. The white populace of Tulsa, some of whom were given weapons by the officials, committed heinous crimes against the black populace. Homes were burnt and looted, women were raped. Firefighters were threatened to leave. Schools, hospitals, churches, and businesses were all brought down. Greenwood sat on the ruins of racism. The Tulsa race massacre resulted in the burning of 1,256 houses and 215 houses were looted and burnt with people burnt alive in them.

The horrors of the Tulsa Massacre 1921 are felt by those who hear the stories from their elders or read or watch them in films. While the terrors remain alive as the legacy of the racists, it is certainly not a cherished one. Educating oneself with the crimes that were committed, to have the courage to stand against the wrongful acts in future.

Documentaries about the Tulsa Massacre 1921 are to be aired by CNN, HBO Max, PBS, and the History Channel. These documentaries will perform the task of educating us about the sins of those who attacked humanity.

Tulsa Massacre 1921 remains a sad memory for those who bore the brunt of the violence at the time when they were young. It is a humiliating experience for those who could not stop it from happening. On the 100th anniversary of this horror, the world still has not completely moved on from the crimes committed due to racist ideology and white supremacy. While there is progress, it is still not enough.