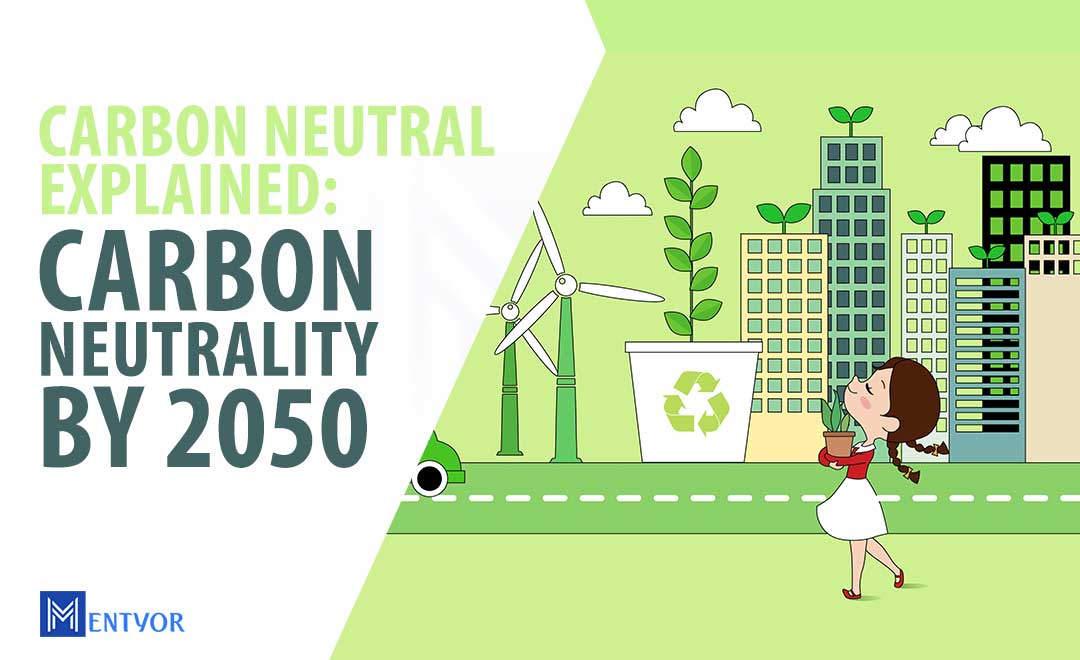 A carbon neutral situation in the environment is only achievable under certain circumstances. When we balance the emission of carbon dioxide by eliminating or reducing the emission of it in the community, then we can call it carbon neutrality. Or in other words, when we achieve net-zero carbon dioxide emissions, we can refer to it as carbon neutrality. We can accomplish this by balancing carbon dioxide emissions with their removal. We can do this typically through carbon offsetting. Or we can also go about it by eliminating emissions from society altogether. Environmentalists are also calling this the transition to the “post-carbon economy“.

What are the citizens of Earth doing to achieve this green energy goal? Many businesses, institutions, and individuals are increasingly pursuing carbon neutrality. They want to adopt it as a means of mitigating some of the harmful effects of fossil fuel use. Scientists and climate experts believe that we must act rapidly to fix and improve the everyday damage that we are doing to our environment. Several carbon neutral companies have set examples for climate neutral mentality. We will discuss about them later in this blog.

WHY IS CARBON NEUTRALITY IMPORTANT?

Like everything else, when any entity becomes filled up with garbage, we destroy it unknowingly. The intrinsic value of such things decreases. Such is a situation for our own Mother Earth. There are several factory emissions of carbon dioxide and other equally harmful gases in the nature. With carbon free fuel, we can reduce this pollution. This method offers a more environmentally friendly alternative. This applies for whatever we are using, whether it’s aeroplanes, cattle, construction equipment, or cosmetics. We can implement it frequently through the use of carbon substitutes that are eco-friendly or “green”. It also employs a variety of mechanisms to monitor and evaluate activities that create or offset greenhouse gases.

Carbon neutrality, although sounds extremely important to the environment, is somewhat impossible to achieve in full capability. As because zero-carbon emissions are hard to achieve, offsetting is a practical option for becoming carbon-neutral. Offsetting your carbon emissions sends a powerful statement to your community. It shows that you are serious about paving the road for a more sustainable future. The capital raised from reducing your carbon footprint will be used to provide low carbon technologies. These will be provided to communities most vulnerable to climate change’s effects. One must, however, guarantee that the offset project is transparent and that local populations are involved in the process.

WHAT CAN YOU DO TO MAKE OUR ENVIRONMENT CLIMATE NEUTRAL?

After knowing how dangerous it is for our environment if these carbon emissions continue increasing, you might want to adopt a few steps. These will make our habitat a healthier, greener place to live in. If CO2 emissions are kept to a minimum and all remaining CO2 emissions are offset with climate protection measures, climate neutrality can be attained.

3 TIPS TO REDUCE YOUR CARBON FOOTPRINT

Examine your travelling habits. Being conscious of how we travel is one of the most effective ways we as individuals can reduce our carbon footprint. Transportation and aviation are significant contributors to our carbon footprint, and driving less or opting for electric vehicles are two methods to choose more environmentally friendly modes of transportation.

Furthermore, landfills are a major source of methane. With tonnes of clothing stacking up and polluting the environment, they are a huge source of carbon dioxide emission. Therefore, by reselling or giving your unused items, you are reducing the quantity of waste that ends up in landfills. This is how you can also reduce your carbon footprint.

Plastic bags, bottles, and containers are not only non-recyclable, but they also consume a lot of indirect energy. From the lighting and electricity used to power and run the facility where they’re created to the air and miles. It takes a lot to get them to your local store. Reduce the amount of single-use plastic you consume. This may seem trivial or self-explanatory from the point of view of recycling. But the truth is that, in order to properly embrace the concept of carbon neutrality, we must analyse what happened before. We must understand carbon neutral meaning. And then assess how and why that plastic bottle found its way into your refrigerator. After everything, we must work on ways and means to reduce our usage of plastic as a whole.

This is referred to as “climate-neutral” if climate-damaging greenhouse gases are totally avoided. Or, if gases that have already been emitted are saved elsewhere.

Businesses must change the way they buy and utilize energy in order to become free from carbon emission. Companies must lower their overall emissions. For some, this is a much easier task than for others. While for others, it is a daunting task. Whatever their current scenario may be, everyone is more or less trying to achieve a spot among carbon neutral companies. They can make the following changes:

These companies should also allow employees to work from home if they want to. Especially after the worldwide coronavirus pandemic, it is clear that employees can work effectively from remote locations as well. Big names in the corporate and IT Sector like Google, Microsoft, Oracle, Infosys is planning on adopting hybrid working models. So these were the various carbon neutral examples of different conglomerates.

In this context, we must also talk about Carbon Neutral Google. In 2007, Google became carbon free. Also, since 2017, carbon neutral Google has purchased enough solar and wind energy to meet 100% of their global electricity consumption. As of now, they are building on that progress to set a new sustainability goal. Carbon neutral Google also plans on running their company on carbon-free energy 24 hours a day, everywhere by 2030. This is a really ambitious and appreciable feat on the part of Google for displaying the real carbon neutrality meaning to the public. In 2021, even Apple shared its interests in going carbon free.

To share the carbon budget means to have a holistic approach towards making the planet greener by reducing carbon emissions. Cutting down on air conditioners, refrigerators, non-renewable energy resources is an important step. We should use carbon neutral fuel instead of these. But what exactly do we mean when we say carbon neutral fuel? Carbon neutral fuel has no net greenhouse gas emissions and has no carbon footprint. In reality, this carbon neutral fuel mainly refers to fuels that we can produce from carbon dioxide (CO2) as feedstock.

Some carbon neutral fuel examples are pure biofuels such as biodiesel, bio-ethanol, and bio-butanol. These are carbon neutral when we consider that the plants absorb all the C02 releases on burning. We make biofuels from natural products, most commonly carbohydrate rich plant biomass. Hence, these biofuels are renewable and theoretically carbon neutral because they are made from plants.

Going carbon neutral is unquestionably a positive step, but lowering carbon emissions is merely the first step toward decreasing the damage people cause to the environment. Many corporations are purchasing carbon credits, planting trees, and investing in wind farms and solar panels to offset the CO2 they emit.

CARBON NEUTRAL BY 2050 – A GREEN MISSION

The European Climate Law establishes the framework for EU climate legislation for the next 29 years. The EU is focused on making the continent climate neutral by 2050. And we can be proud that we have set a bold climate objective that everyone can rally behind. The United States has also made a promise to become carbon-neutral by 2050. They have a target for 2030 emissions which will be released soon.

This is an important topic of discussion as people often confuse between the terms carbon neutral and carbon free. There is another term called net zero. What are these? Let’s take a look.

The terms “carbon negative” and “climate positive” are interchangeable. Carbon neutral indicates that any CO2 generated into the environment as a result of a company’s operations is offset by the removal of an equal amount. Climate neutral means lowering all greenhouse houses gas emissions to zero while removing any other negative environmental effects that a company may have.

The term “net-zero carbon emissions” refers to any activity that emits no carbon dioxide into the atmosphere. The goal of net-zero is to achieve a balance between the number of greenhouse gases released into the environment and the amount taken out. This contrasts with the term “zero carbon,” which refers solely to the reduction of existing carbon emissions to zero.

We have got a general idea about how we can reduce our carbon footprint and adopt carbon neutral products. In conclusion, there are some things that should be our topmost priority. They are some things like planting of trees and sponsoring renewable energy plants and farms. As well as actively exploring less destructive transportation, food, and energy options are ways and means to achieve this goal. Carbon neutral countries should only increase in number. We have understood from this blog the carbon neutral meaning along with some other important terms. And we know the utmost need and ways of reducing the carbon footprint in today’s age. After all, we must remember that a greener Earth is a healthier Earth.