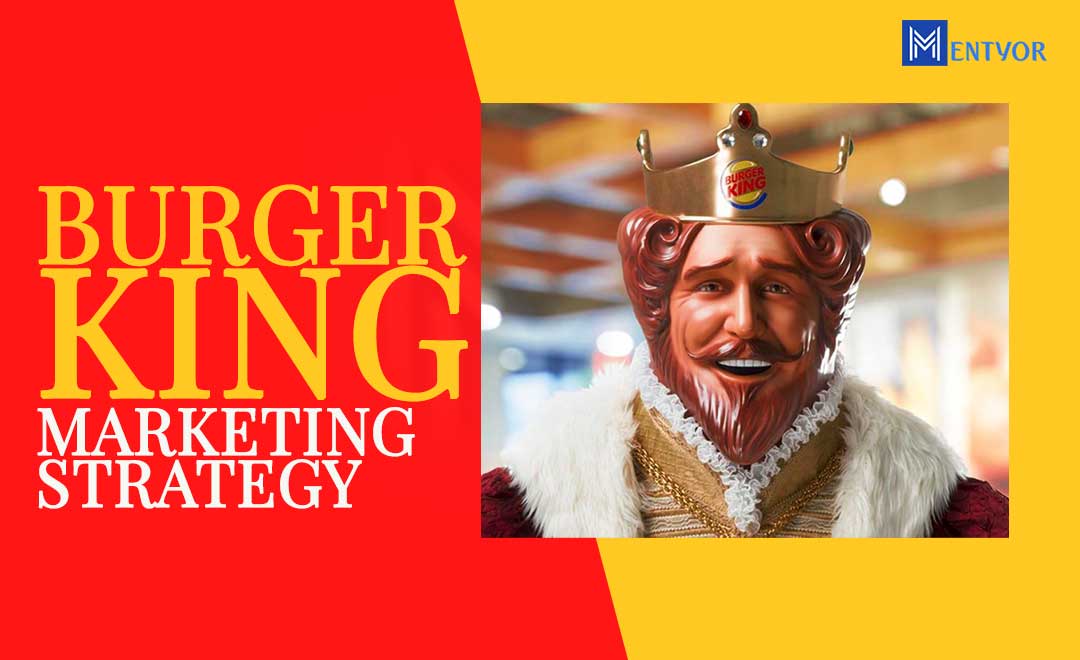 The home to whopper with more than 11,000 outlets and it’s presence in more than 60 countries is by itself a success story. This is an inspiring story and more than anything else it is a real story that started in the year 1954. Job profiles shifting to full-time corporate jobs with very little time at disposal. Burger King and many other fast food joints began emerging in America. Along with it emerged the Burger King marketing strategy that has been a big success. Here we study the Competitive and consumer analysis, social media strategy, mixed marketing, Burger King SWOT analysis, Burger King PESTLE analysis, and the Burger King marketing strategy.

Burger King was established in Miami, Florida by David Edgerton and James McLamore. They initially named it “Insta Burger King” but were eventually changed to Burger King.

In the case of Burger King, the obvious competitor is McDonald’s. McDonald’s sells the same type of food, it is also a fast-food joint with a large number of international outlets. McDonald’s also produces culturally connected food by creating innovative fusions. The company “McDonald’s” caters to the customer’s needs, brilliantly. It also has its food delivery app.

Established in 1969, Wendy’s is also a direct competitor to Burger King. The fast-food outlet is known for its square hamburger. It has a similar item on its menu as Burger King. Wendy’s brings about necessary changes in its menu to serve the target customers.

This fast food outlet has its expertise in cooking fried chicken. Though not a direct competition, KFC can also be a tough contender when it comes to fast food. It is the world’s second-largest restaurant after McDonald’s. KFC has been expanding its menu over the years to cater to its growing consumers. It also offers healthy salads.

Under the Burger King marketing strategy, consumer analysis plays a pivotal role. One of the most important aspects to consider while framing the consumer analysis under Burger King marketing strategy is to determine the target audience. The customers are mostly the working-class people who want safe, delicious, and swiftly available food. The age group mostly lies between 15-40 years of age especially for those countries where fast food joints are still penetrating the market (developing countries).

The company Burger King is a much-loved fast food joint. The social media posts and stories of this company are very engaging. The social media pages of Burger King are filled with mouth-watering images of the whopper, burger, beverages and other foods. The page is also full of witty captions, memes, and funny posts. The brand also engages with moment marketing. The Burger King marketing strategy is very light-hearted on social media.

The company often strikes a conversation with the masses engaging them to indulge in fun conversations. They also put up offers on their social media page. The Facebook page of Burger King is full of product-focused content. While on Twitter, the brand has a star-like image. It shines with its creative and issue-relevant puns in the tweets.

On Instagram, Burger King has around 2 million followers. All the posts contain pictures of the food items delivered at Burger King and the associated discounts. The most important takeaway from Burger King’s Social Media is that it never shies away from making a funny or flirty joke. This light-hearted humor has earned Burger King a lot of affinities.

The marketing mix is a saucy combination of noteworthy Burger King marketing strategies employed by this fast-food giant. The 4Ps include:

Burger King marketing strategy focuses its business on products. It is a quick serving or a fast-food restaurant. The main products produced by Burger King are burgers, chicken and fish items, side dishes, cooling beverages, desserts, and the very famous whopper.

Burger King also offers side dishes that attract a large number of consumers for a quick and cheap snack on the way. It also offers easy-to-carry milkshakes, juices, and sodas that are available in mobile packaging. There are healthy snacks like salads and other meals such as kids’ meals and value meals which are cost-effective.

Promotion is one of the most important ingredient that ensures the success of a brand. Burger King has developed into what it is today due to the various means of promotion. Right from the traditional means of sales promotion to the modern means of advertisements and PR, Burger King marketing strategy has a stronghold on all of it.

Burger King marketing strategy produces television commercials and print ads. It offers coupons and offers which attract a wide variety of consumers. The company further raises its goodwill through the charities and donations made by the Burger King McLamore Foundation.

Burger King marketing strategy uses a generic strategy for cost leadership. The product is assigned proper prices which are minimal and this provides them cost leadership over other companies.

Burger King SWOT analysis refers to the analyses of the Strengths, Weaknesses, Opportunities, and Threats for Burger King.

Let us see the strengths of Burger King

The Burger King network is prominent all around the world. It has around 15,000 outlets in a total of 100 countries. All the franchises form a very close-knit network which according to Burger King SWOT analysis binds all the customers into one big family. These franchises drive tons of profit to the company.

Let us see the weakness of Burger King

Burger King was recently caught promoting a misleading advertisement by showcasing that the Whopper is suitable to those subscribing to veganism. While the whopper consists of egg-based mayonnaise. In the current health-conscious environment, this was one of the most prominent weaknesses of Burger King according to Burger King SWOT analysis.

While this turned out to be a strength. Over franchising can also turn out to be a weakness if it is done out of control. According to Burger King SWOT analysis, this loosens the control of the company owners on the decisions which hold its branding.

According to Burger King SWOT analysis burger king has an opportunity to improve its service quality and food quality in the current health-conscious environment. They can implement strategies to ensure a standard quality check.

The threats in accordance to Burger King are

The products of all these companies are so overlapping that there is a constant threat of being imitative. According to Burger King SWOT analysis, there is a risk of receiving backlash on a promotional platform due to the imitative threats.

PESTLE analysis is used to determine the influence of a company on a variety of factors. Here is the Burger King PESTLE Analysis:

Burger King is a company that has made its mark on the world map by serving amazing and delicious food items. It has also been a public favorite for its offers and coupons. The crown provided by burger King is an attraction for kids as well as adults. The company has risen to unexpected heights amidst the tough and aggressive competition. Burger King has managed to sustain itself and has established an everlasting brand value and image.