FRIENDS REUNION: THE ONE WHERE THEY GET BACK TOGETHER 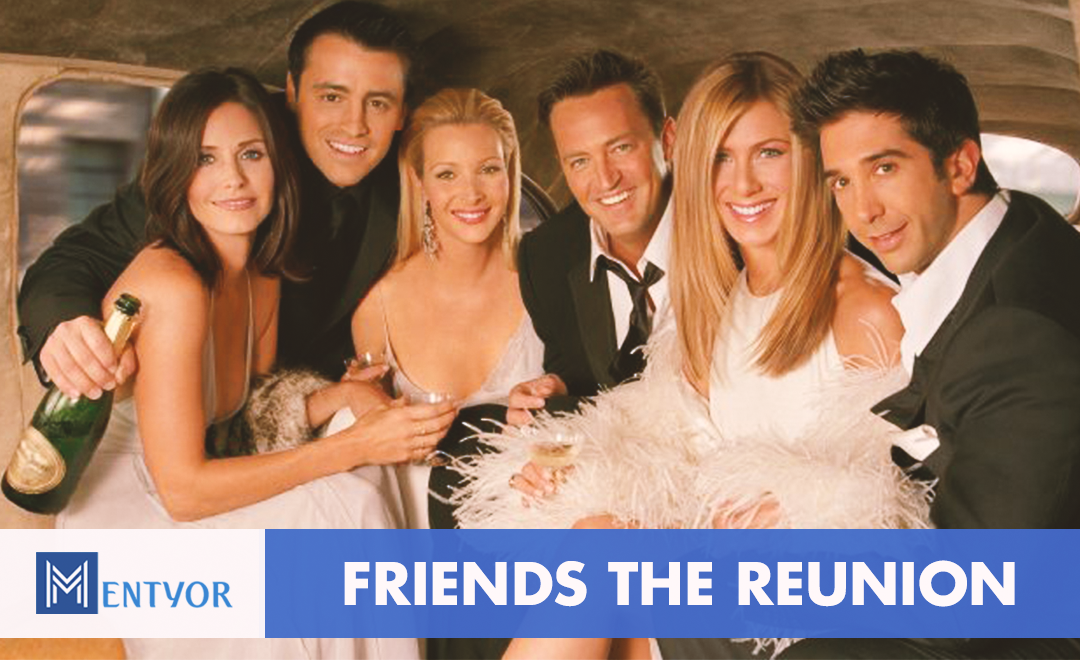 Six friends, one coffee table, and millions of memories, a relatable visual ? Here we present everything we know about the most awaited show.Yes, it is happening! “The One Where They Get Back Together”, hundreds of fan edits on YouTube, and the request reels on Instagram have finally paved the way to this exhilarating event. In these tough times where most of us have become Ross with rage issues from season 5, the friends reunion seems like a moist maker sandwich. It’s confirmed that there is a “Friends Reunion” on May 27th honoring the 25th anniversary of the famous sitcom that has continued to rule the hearts of millions around the globe.

Unlike the reunion of 2016 during the James Burrow tribute event, this time all six of them are coming back. Jennifer Aniston (Rachel Green), David Schwimmer (Ross Geller), Courtney Cox (Monica Geller), Mathew Perry (Chandler Bing), Matt le Blanc (Joey tribbiani), and Lisa Kudrow (Phoebe Buffay) will all be seen in a single screen once again. As it is shown in the trailer all six of them walk towards stage 24 at the Warner Bros. studio in Burbank, the studio where the sitcom was shot 25 years ago in front of a live audience.

The trailer also shows a guest appearance made by Tom Selleck (Dr. Richard Burke) and one of the most annoying yet comical characters Janice Litman-Goralnik played by Margaret Wheeler. The cast members will be sitting down for an interview with James Corden at the Central Perk and will be revisiting the sets, not only becoming sentimental but also making us nostalgic. They will be reading a few lines from some episodes, pulling the emotional as well as the humorous threads of our minds. The fans will also see a glimpse of the real-life equations that actors share at the Friends Reunion.

The official announcement was made in February 2020 about the friends reunion, it was as minimalist yet impactful as its teaser and trailer. All the six cast members announced it by posting a photograph captured for the May 1995 issue of Rolling Stones, with a simple caption “It’s happening” and tagging each other.

Unacceptable! Amidst the pandemic arranging a full-scale shoot was a task. However, there might have been plans of conducting a virtual reunion but it would have garnered anything but acceptance from the fans of the show. But, the in-person reunion, the revisiting of those sets and the cheerful presence of the live audience is what has given thrills to the viewers.

THE ONE WHERE THEY ALL SAID NO!

Initially, in their respective separate interviews, each cast member had given reason for denying the friends reunion.

David Schwimmer at an interview had jokingly said that he would “not want to see the cast member with crutches and walkers.”

At the same time, Lisa Kudrow in an interview with Conan O’Brien spoke against rebooting the show. Similar instances of denial were given by other cast members.

Every single one of us has associated our lives with some or the other scene from Friends. This is a show which has entertained at least two generations and still does not appear to be outdated. The characters brought the energetic spirit and gave us all a timeless treasure full of concrete bonds and joy. Indeed, there will be nothing like friends and that’s the best part of being, “The One”, pun intended.

2 Replies to “FRIENDS REUNION: THE ONE WHERE THEY GET BACK TOGETHER”