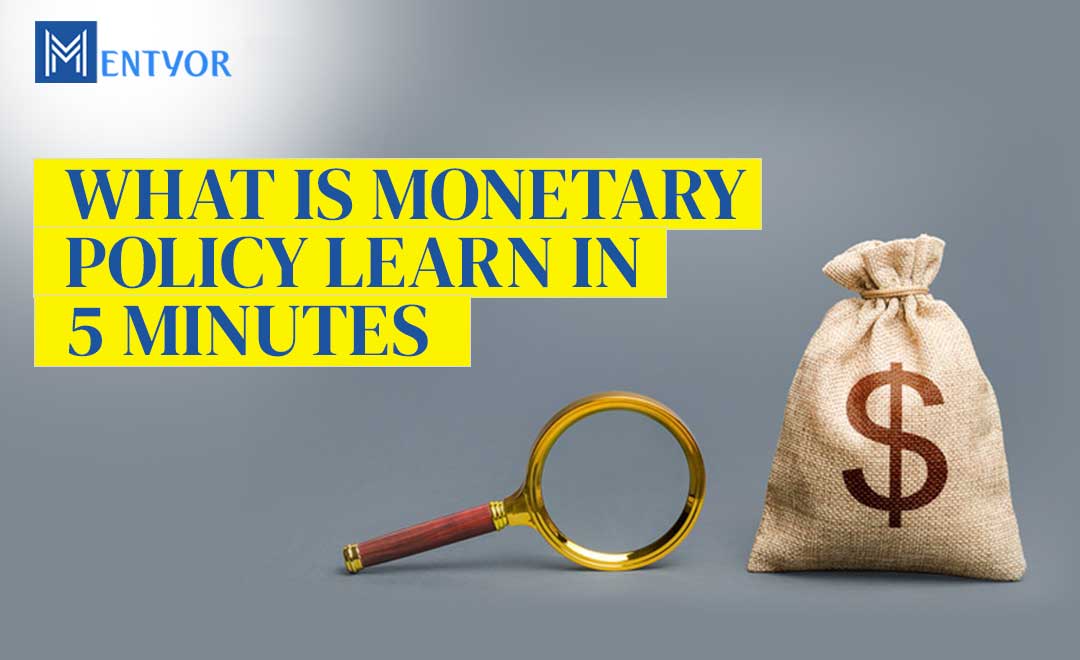 Monetary policy is decided by the central bank of a country. However, these actions are taken to control money supply in the economy. Besides, there is another goal of monetary policy i.e. to promote sustainable economic growth. WHAT IS MONETARY POLICY ?

However, in the short run, price and wages do not change. As a result if money supply change it affects the production of goods and services. These monetary policy is a useful policy tool to achieve inflation and growth.

Monetary policy serves to modify interest rate, regulate forex to achieve its objectives. However, this is not the only ways of achieving its objectives. The other ways are open market operations, reserve requirement. [Source- Britannica]

Business analyst, investors follow monetary policy decision to keep track of the latest developments. It is crucial for many business decisions. These decisions taken have a long-lasting impact on the economy. However some sectors face the impacts of these policies more as compared to the others.

Inflation is the increase in the general price level in the economy. Monetary policy targets inflation to keep under check. Inflation targeting is the primary objective of this policy. Economists suggest to keep inflation rate between 4% to 6%. A low level of inflation is healthy for the economy. Because it helps in economic growth of the economy.

The government of the country manages fiscal policy. It is a policy where government employs tax revenues and government expenditure to influence the demand and supply of goods and services in the economy. As a result of this policy, government maintains the equilibrium between receipts and spending. [Source- StLouisFed]

Fiscal surplus means that revenue exceeds expenditure. But fiscal deficit is when expenditure exceeds revenue. The objective of fiscal policy is to bring stability, control unemployment and maintain growth in an economy.

There are two types of fiscal policy, as listed below.

It is a policy when government reduces the tax burden on the citizens. At the same time, the government also increases the spending on social lines. This will increase the money supply in the economy.

Central banks also decrease the interest rates in the economy. This motivates the people to spend more and save less. As a result the demand for goods and services rises. At the same time, due to low interest rates it is possible to take loans. As a result, businessmen take loans for expansion of their business. This also helps to stimulate economic activity in the economy.

Contractionary monetary policy refers to when the central bank reduces money supply and interest rates are also high. When money supply in the economy decrease then cash in hand also reduce. As a result consumer spending also decreases in the economy.

When central banks buys government securities, money is pushed into the economy. This will increase the supply of money in the economy. As a result, the demand for goods and services also increase. This also helps businessmen to take loans for business. Because the interest rate in the short run declines. [Source- Investopedia]

When central banks sells government securities, it soaks the liquidity from the market. Less money is available for loans and at the same time the interest rates in the long run is also high. Therefore, businessmen cannot take loans from commercial banks. Savings are profitable as interest rates are high.

In another case, when central banks decrease the discount rate, the cost of loans decrease. This influences the liquidity in the economy. Commercial banks have funds available with them to give loans. Businessmen take loans for investments from commercial banks. As a result the investment level in the economy will also rise.

It is one of the important tools of macroeconomic policy. Reserve requirement is the amount of the deposits that has to be kept with the central bank. This also influences the money supply in the economy.

If reserve requirement is increased by the central bank then liquid assets will be less with the commercial banks. When liquidity is less then credit availability will decrease. This reduces the loan opportunities for the commercial banks. As a result the level of investment in the economy also reduces. This will decrease the money supply in the economy.

Now if reserve requirement is decreased. Then availability of credit with the commercial banks will increase. More the liquidity more will be the loan facility. Thus it increases the investment opportunities in the economy.